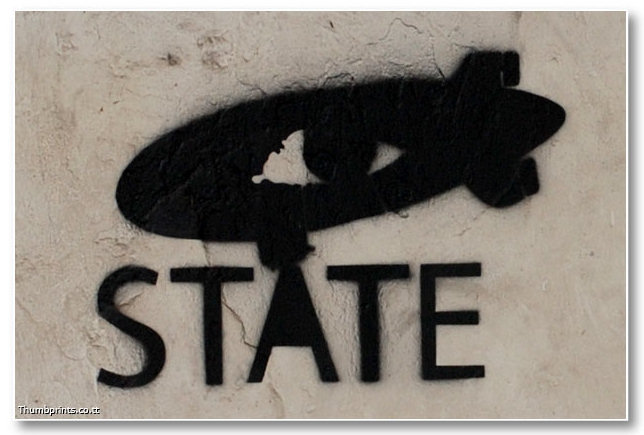 The following is a copy of the paper I delivered at the CASCA-AES conference in Vancouver on Friday, 15 May, 2009, for a panel organized and chaired by Dr. Greg Feldman titled, “The Use of Culture and Anthropology in Counter-insurgency and Peacekeeping Operations.” The audio copy of this paper may contain minor discrepancies compared with the written versions and it was not specially produced in technical terms (apologies if it sounds a little like “Live from Death Row”), but rather for the purposes of timing the presentation and rehearsing without reading.

One does not need to seek employment with the Pentagon, take part in counterinsurgency, or work for the Human Terrain System in order to provide useful, even if involuntary, support for the national security, intelligence and military goals of the U.S., or any NATO state for that matter. In fact, one does not even need to be an American anthropologist in order to provide the U.S. military and intelligence with the information they seek. One needs to simply produce useful anthropology and not be mindful of the consequences of how it can be used by unintended audiences, now or in the future, to support agendas of which one may have limited awareness and even less desire to support. With this and much more in mind, my ambition is to seek the creation of a useless anthropology, and while some would say I was always on the right track for achieving that, I think more of us need to share a goal of producing useless research, to make worthless contributions, and by useless I mean useless to power, to empire, to domination, to regimes of scrutiny and inspection of the periphery. And not just useless, but even toxic and repulsive to the scientists of conquest – an anthropology of both withdrawal and resistance, free of false dilemmas that work to support business as usual, willing to set fire to the crops we planted if it stops them from being harvested by the tyrant, liberating ourselves from being our own best hostages. The idea is to refuse further engagement with the international traffic in information and knowledge that supports the workings of empire, capital, and the state.

In this presentation I seek to make three main points. First, to indicate some of the ways that all of us can be even unwillingly useful in supporting U.S. military and intelligence interests. Second, to reflect on the meaning of useful anthropology. Third, to point the way to possible alternatives, that could entail unthinking anthropology as we know it.

With reference to the first point, Gerald Sider made the point that at this moment in history “there is no such thing as an innocent anthropology” (p. 43). We know now that the U.S. military and intelligence are looking for ways of incorporating scholars in producing a global surveillance net. One way is to bring social scientists on counterinsurgency and pacification missions. Another is to have them conduct analysis of stolen Iraqi documents (see here and here), or to conduct fieldwork in areas of emerging or potential threat and describe the radicalization process and ways of counteracting it, as part of the Pentagon’s Minerva Research Initiative, managed in partnership with the National Science Foundation. Another is to comb through open access electronic resources. And yet another is just to get everything for free, by scanning, copying, seizing any or all electronic devices or written records from researchers as they enter the United States whether returning home to the U.S., or just traveling through, U.S. Border Patrol and Customs agents can: scan and hold laptops indefinitely; they can make electronic copies of hard drives, flash drives, cellphones, iPods, pagers, beepers, video and audio tapes; and, they can seize papers, documents, books, pamphlets, or even litter. This is also true of Canada and the UK.

Open access publishing, and publishing in electronic formats that are thus amenable to automated harvesting, is a critically important way that ethnographic data can be used by the national security state without the willing participation of researchers. “Intelligence does not have to be secret to be valuable!” says the website of the University of Military Intelligence, regarding open access resources, which takes us to Intelink-U, part of the U.S. Army’s Foreign Military Studies Office, emerging from the Open Source Information System which serves the US intelligence community with open source intelligence. Among Intelink-U’s subscriptions is the University of New Mexico’s Latin America Database, as well as EbscoHost Databases. The Foreign Military Studies office is also in the process of creating the World Basic Information Library (WBIL), which promotes the concept of “distance drilling” telling us that: “About 85% of requirements in the intelligence business can be met with open source, unclassified sources, and can be exploited by qualified military reservists working by telecommuting. The WBIL has remotely located reservists from all four branches of the service doing ‘virtual’ collection and production utilizing their home Personal Computers.” Also, the Information Operations Advisory Task Force states that it has a “requirement to provide US Forces [in] Afghanistan…with the capability to collect, analyze, and disseminate open source (i.e. sociological or anthropological) information.”

With reference to the second point of this presentation, the bases for a useful anthropology, let us note that useful, objective, neutral, and scientific, are once again the buzzwords for an anthropology aligned with power, in the service of the national security state, while rhetorically attempting to move the militarization of the academy beyond the sphere of “politics”. Criticism is political; support is scientific. If you oppose military objectives, you are biased; if you provide practical knowledge, you are objective, and objective is good, just like machines are good. On the other hand, military interest in anthropology is to a significant extent the perhaps unintended outcome of anthropology’s success in marketing itself. The compulsion in this discipline, from the time before its institutionalization in universities, has been to market itself to power as a useful science, with valuable contributions to make, later boasting of the vital importance of ethnography as anthropology’s unique contribution, so much so that anthropology and ethnography are wrongly equated. We wanted the attention of elites, and now we’ve got it. The military is interested in both culture and ethnography. In an article in National Defense Magazine, we are told that “A deeper understanding of culture has become an official part of Marine Corps strategy.” Meanwhile, General William “KIP” Ward, Commander, United States Africa Command, said this about the Pentagon’s work in Africa:

“A lot of activity goes on in the continent through our non-government organizations. Academia is involved. When I was in previous assignments, someone came to me and would talk about, well, ‘Ward, you need to get a cultural anthropologist on your team.’ I said, what! A cultural what? Anthropologist? To do what? Get out of here. Or, ‘Ward, you need to have someone to help you understand the human dimension. You need some human terrain analysis.’ I said, ‘what? Get out of here.’ But it’s important, and where do those skills, talents reside — academia.”

But for more academics to be more useful, they need to get over certain twinges of moral compunction. In the minds of the state and military some of us have already reverted to being a tool of imperialism, assuming we were ever anything else. Not serving imperialism is routinely called “retreating from the world” by some. Montgomery McFate, the anthropology PhD who has been the most prominent spokesperson for the Human Terrain System, wrote in a military journal that,

She doesn’t stop there, unfortunately, she notes that,

“frequently backed up by self-reflexive neo-Marxism, anthropology began a brutal process of self-flagellation, to a degree almost unimaginable to anyone outside the discipline….The turn toward postmodernism within anthropology exacerbated the tendency toward self-flagellation….(also) This movement away from descriptive ethnography has produced some of the worst writing imaginable.” (p. 28)

In this regard, she merely echoes some of the conservative and often overwrought backlash within the discipline over this trend that it imagined to be postmodern, whatever that is, apparently being self-critical is evil.

With reference to the third and final point of this presentation, looking for alternatives and options to cooptation, for less useful anthropologies, I was inspired by Sider’s ideas about how a partisan anthropology, done “to help the victims of currently intensifying inequalities,” might begin, and it would begin in “the design of fieldwork and in the context of understanding struggle” (p. 44). He advocates against interviews, against asking questions of so-called informants, and against any form of recording data. Asking questions, he notes, is a seemingly simple act that opens our work to use by those who seek to dominate and control the people we study (p. 45). There are other ways we can work, he says, less open, but not impervious, to subsequent manipulation. Other options include choosing research projects that, in the eyes of the national security state, are entirely useless, and to write up the results in very esoteric language, with ample self-criticism. Another option is do to more “research at home” either collaborating with persons who are not the subject of either a moral panic or some hyperbolic national security hysteria, or, producing critiques of the way elites exercise power and enforce inequalities and injustices. Another option is open source ethnography done online, to collaborate with the producers of online information of ethnographic value, remixing it so that it becomes problematic to military examination. Not publishing in open access formats is another option, especially once the work is not funded by a public agency, the argument that “the public has a right to the research it funded” vanishes into irrelevance. We can also imagine experimenting with forms of research communication that defy easy understanding and conventional requirements of the military planner’s database, such as fictionalized ethnographies; ethnographic poetry; open source cinema (see here also); theatrical coproductions, and so forth.

What we cannot do, however, and pretend to be innocent about it, is simply to leave here today and continue to conduct business as usual.

For more examples of open source cinema that I have tried, see some of my recent productions, such as: Sour Chutney, West India, and Deep Obeah.

11 thoughts on ““Useless Anthropology”: Strategies for Dealing with the Militarization of the Academy”