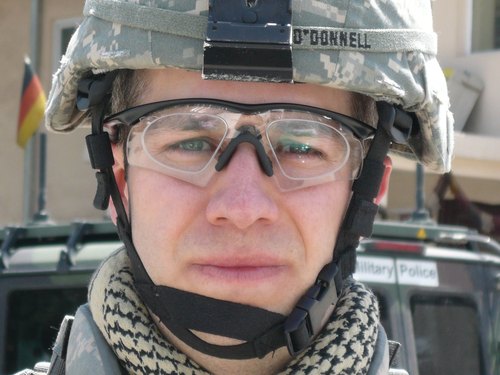 Major Martin O’Donnell is a spokesman for NATO, a “media operations officer” in Afghanistan, who posted the following item on his Twitter page:

“Once again they’ve killed children, women, innocent #Afghans. They are not human. They are animal,” said police chief http://tiny.cc/58DCV

They are not his words, as it states, and they come from a larger piece. However, of all the information he could have featured so prominently from that article, he chose to select that particular sentence. So I asked him:

@odonnellm NATO media endorses statements such as this: “They are not human. They are animal” !?!? #Afghanistan

@odonnellm Alright, but that does not explain why you would select that particular statement, “they’re animals,” to feature here.

Given O’Donnell’s reply, should we expect to see, from now on, Taliban statements being featured, given that they are also Afghans, defending and speaking for themselves?

Obviously not, but it’s interesting to see the dark depths of demonization into which NATO is plunging its public discourse. Abridging and lifting that statement from an Afghan, overcome by anguish and anger, serves to appropriate and translate it into something which is an antique, entrenched part of Western imperial enculturation: the other as sub-human, or not human at all. In a culture where humans and animals are valued differently, and animals can be slaughtered without apology, O’Donnell marks his target: some Afghans, there in their home in Afghanistan, have a right only to be killed — because if you are not human then  how could you be viewed as having human rights, and the right to self-determination?

4 thoughts on “Afghan Vignette 2: They Are Animals!”