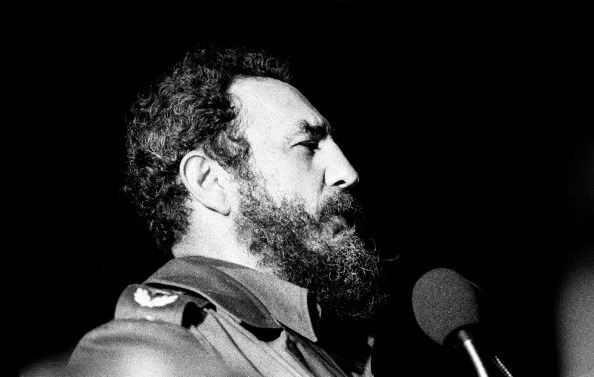 I deeply appreciate the noble gesture of the people electing me as a deputy to Cuba’s National Assembly of People’s Power.

The time I take for my comments today will not be long, nor will the period in which I occupy this honorable seat as a deputy be long, and not because of a lack of will, but rather as an imperative of nature.

I never thought my existence would be so prolonged, or that the enemy would be so inept in its hateful task of eliminating adversaries committed to the struggle.

In this unequal struggle, our people have demonstrated their amazing capacity to persevere and win. Yes, because every year of resistance between 1959 and 2013 has been a victory which our small country has the right to proclaim!

We do not struggle for glory or honors; we struggle for ideas we consider just, those to which millions of Cubans have dedicated their youth and their lives, as heirs to a long list of exemplary individuals. One figure expresses everything: the number of Cubans who have completed self-sacrificing internationalist missions is close to 800,000. Considering that at the time of the triumph of the Revolution in 1959 we didn’t have seven million inhabitants, one can appreciate the significance of such efforts.

However, this does not express it all. In October of 1962, the nation was at the point of becoming a nuclear battlefield. A year and a half before, a mercenary expedition trained and escorted by the United States Navy, came ashore at the Bay of Pigs and was at the point of provoking a bloody war which would have cost the U.S. invaders hundreds of thousands of lives – I say so without exaggeration – and our country, truly incalculable destruction and human losses.

We had, at the time, around 400,000 weapons and we knew how to use them. In less than 72 hours, the powerful revolutionary counterattack prevented that tragedy, both for Cuba and for the people of the United States.

We were victims of a “dirty war” for a long time, and 25 years after the October Crisis, internationalist troops defended Angola from the racist South African invaders, equipped in this period with several nuclear weapons based on technology and parts supplied by Israel with U.S. approval. On that occasion, the victory at Cuito Cuanavale and the subsequent resolute and audacious advance of the Cuban-Angolan forces, equipped with aircraft, antiaircraft weapons and adequate organization to liberate territory still occupied by the invaders, convinced South Africa that it had no choice but to abandon its nuclear ambitions and sit down at the negotiating table. The existence of the hateful racist system was ended.

With the efforts of all, we have undertaken the work of a profound Revolution, which, starting from zero, our people were able to carry out. Others joined the first revolutionary cells. We were united by the desire to struggle and the pain caused by the country’s tragic situation following the brutal coup. While some had hope in a future they saw as still far removed, others of us were already thinking of the need to make a historical leap.

Between the March 10, 1952 coup and January 1, 1959, only six years and 296 days transpired; for the first time in our homeland, power was totally in the hands of the people.

The battle then began against political ignorance and the anti-socialist ideas which the empire and bourgeoisie had sown in our country. The class struggle unleashed just a few miles from the empire was the most efficient political school any country has ever had. I’m talking about a school which opened its doors more than 50 years ago. Men and women, from pioneros to much older persons, we have been students within this school.

Nevertheless, according to what Raúl was telling me a few days ago, the great battle which is imposing itself is the need for an energetic and relentless struggle against the bad habits and errors which many citizens, and even Party members, commit in the most diverse sectors, on a daily basis.

Humanity has entered a unique stage in its history. The last decades have no relation to the thousands of centuries which preceded them.

You can do dozens of estimates, talk about Malthus or Noah’s Ark, but it is enough to know what a gram is, and what amount of any food can be produced on one hectare of land, to draw your own conclusions.

Perhaps the British Prime Minister or President Obama know the answer that could prolong human life a few days more, the multiplication of a few fish and loaves, the magic words to persuade Africans, the inhabitants of India, Latin America and all countries of the Third World, not to have children.

Two days ago, an international agency recalled that one U.S. multi-millionaire, Dennis Tito, had spent 20 million dollars on his a trip to the International Space Station, where he stayed several days in 2001.

Now Tito, who appears to be a veritable fanatic about space exploration, was discussing the details of an expedition to Mars. The journey would take 501 days. This, yes, is enjoying surplus value! Meanwhile, the polar caps are rapidly melting, sea levels are rising as a result of global warming, flooding large areas in only a few decades – all that assuming that there are no wars and that the sophisticated weapons being produced at an accelerating rate are never used. Who can understand them?

I will conclude to fulfil my promise of being brief in my words greeting our National Assembly.

On the 118th anniversary of the Grito de Baire and the 160th of the birth of our national hero, it pleases me to honour the revolutionary, the anti-imperialist, the Bolivarian who planted the first seeds of duty in our youth.

Thank you very much!