This was a year of giant losses, especially with the passing of monumental figures such as Hugo Chávez (March 5) and then Nelson Mandela exactly nine months later (December 5). While Chávez’s successor seems to have rebounded successfully, lengthening his electoral lead in what is already the second election victory for Venezuela’s ruling PSUV since the death of Chávez, Mandela’s legacy is at best much more mixed. We wrote a lot about the legacy of Hugo Chávez, and what could have been said about Mandela and another giant taken from the landscape, was instead said elsewhere. Passing with much less notice, or certainly far less popular grief, was the iron lady of neoliberal authoritarianism, Margaret Thatcher, who died on April 8. The few things that are memorable of her death, and that contrast sharply with those of Mandela (whom she reviled), and Chávez (her antithesis), were: the absence of throngs of millions coming to see her off; the loud jeers, boos, and denunciations shouted at her coffin as it was driven through London; and, the popular “witch is dead” party in London’s Trafalgar Square. The popular verdict came in, and it was one of the few things worth celebrating in 2013. 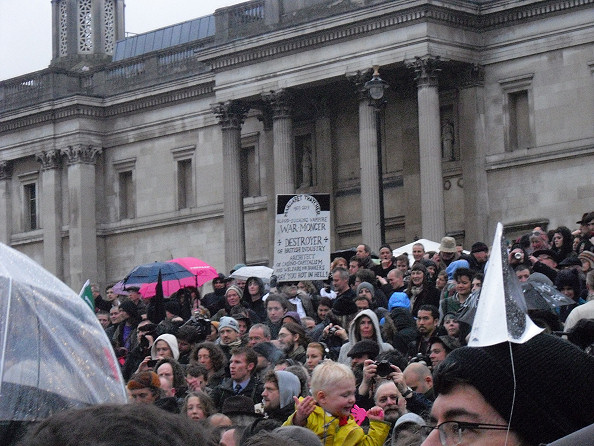 On April 13, 2013,at the “Witch is Dead” party held in Trafalgar Square, London, an epitaph for Margaret Thatcher is held aloft, and reads: “Margaret Thatcher, 1925-2013. Blood-sucking vampire, war monger. Destroyer of British industry. Architect of casino-capitalism and welfare for bankers. May you rot in hell!” (photograph by Simon Murphy, Flickr commons). 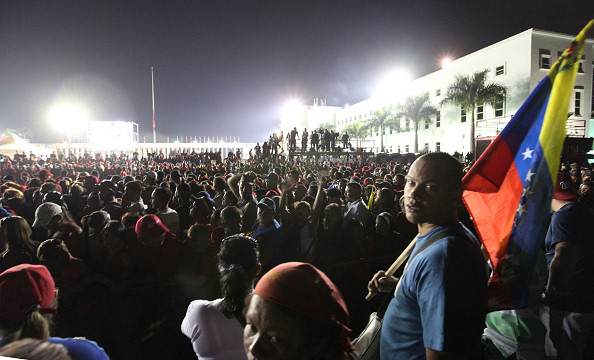 On March 7, 2013, by way of contrast, among the millions that came out into the streets in an outpouring of grief at the death of President Hugo Chávez, tens of thousands attended a ceremony at the National Military Academy in his honour (photograph by Eduardo Santillán Trujillo, Presidencia de la República de Ecuador, Flickr commons).

Otherwise, with respect to this site now, it’s no secret, so let me confirm the obvious. Zero Anthropology is no longer a blog–we just use the architecture of one. Since 2011, this site has effectively ceased to function as a “blog,” opting instead for longer, more fully developed articles and research reports, when time is available to produce them, or when we feel there is a pressing need. Otherwise, you will not find us doing daily musings on whatever little topic drifts past our eyes during morning coffee (for that we have Twitter and Facebook…and often not even then). It is therefore not difficult to list our top ten articles published in 2013, when the total number is relatively small: 62. Thus we are establishing our credentials as “slow publishers,” yet often resembling “no publishers”. In fact, we can even say that the next time you will hear from us will be in another year. We cannot say in advance what we will have to offer, since our work is very much contextual, but it is certain there will be a little surprise/gift coming soon.

Below are some of our most frequently visited articles that were published in 2013, in descending order:

On Pope Francis, some of the stories that seemed to rescue if not vindicate what was first presented in #8 above, include the prominent news story of a new papal encyclical in which the pope condemns “the new tyranny” of unfettered capitalism–“The message on poverty sets Pope Francis on a collision course with neo-liberal Catholic thought, especially in the United States”. Pope Francis also led over 100,000 people in a vigil that denounced U.S. plans for military aggression against Syria. Those who expected this pope to be a right-wing reactionary, who would further persecute Liberation theologians, would be proven wrong very quickly, as when the Prefect of the Congregation for the Doctrine of the Faith, Gerhard Ludwig Müller, paid tribute to the Liberation Theology movement honouring his long friendship with Peruvian theologian Gutiérrez, or, when one of the most prominent Liberation theologians, Leonardo Boff proclaimed, “With this pope, a Jesuit and a pope from the Third World, we can breathe happiness” and the article points out that within days of becoming pope, Francis put Salvadoran Archbishop Romero back on track for canonization as a saint. Meanwhile, the government of Venezuela sent solidarity greetings to the pope. Then the pope also spoke out in defense of Indigenous Peoples of the Amazon on a visit to Brazil. Of the eight prelates that form part of his advisory group, there are representatives from Chile, India, the Democratic Republic of Congo, and Honduras. At least to this point the evidence thus far is that, what was discerned early on, from the very message from the Vatican read at Chávez’s funeral, some were far too quick to jump to conclusions that did not see the election of a new pope as a breakthrough event. You heard it first on ZA.

As for the Human Terrain System, far from a total end to debate, we saw a steady stream of news reporting coming out over the course of the year, but much of it not offering anything substantively new. Toward the end of the year, John Stanton published a heavy roundup of what HTS had “achieved” that is quite striking when you see the very disturbing facts all concentrated in one place. We also learned of the spread of human terrain mapping, to Australia‘s Defence Forces and coming back home to serve police surveillance in Los Angeles, just as it has done in New York, and thus coming back full circle to its origins in inner city policing, vindicating one of Roberto González’s key theses on HTS. Remember, when presented with news of this application alone, the social science director of HTS himself called it “scary and troubling”. We also learned that CGI, the octopus-like security and defence contractor headquartered in Montreal, and responsible for recruiting for HTS, was also behind the badly botched “Obamacare” website—value for money. We also heard news of a HTS team going to Mexico–presumably the thinking here is that if you are going to fail miserably again, then best do it as close to home as possible. More documents, and further news reports, show that some army leaders had warned of fraud, waste and abuse in HTS. Counterinsurgency theory, dying if not already dead, got a further push into the grave with the new publication of Gian Gentile’s Wrong Turn: America’s Deadly Embrace of Counterinsurgency. Gentile also took aim at HTS specifically in an article published online earlier this year. Numerous articles in the US also featured the new book by Vanessa Gezari, which I have not read and thus cannot offer any comment at this time. That book, Tender Soldier, is related to the troubles surrounding HTS and the story of the humanitarian-militarist, Paula Loyd, which has been abundantly discussed on this site four years ago.

Almost Among the Top Ten

Not the top 10, but you might also have missed these, and should not have. These are also ranked in descending order in terms of received visits on this site:

A range of other articles were, we think, of especial importance and probably did not get as much notice as they deserved, given their relevance, the subjects discussed, and the ideas that were offered. These include, in no particular order:

Here We Are, Still

2013 also witnessed some important changes among the writers for ZA. John Allison, former HTS insider, posted his two final articles (here, and here). Later I was joined by two great writers, Brendan Stone, who along with myself is also in Canada, and Donnchadh Mac an Ghoill, in Ireland. Jamil Hanifi, Afghan anthropologist based in the US, remains with us, and we look forward to further dissections of the failed occupation of Afghanistan as it begins its retreat, under way already, and will quicken in 2014.

3 thoughts on “Zero Anthropology: Top Articles for 2013 That You Probably Missed and Shouldn’t Have”