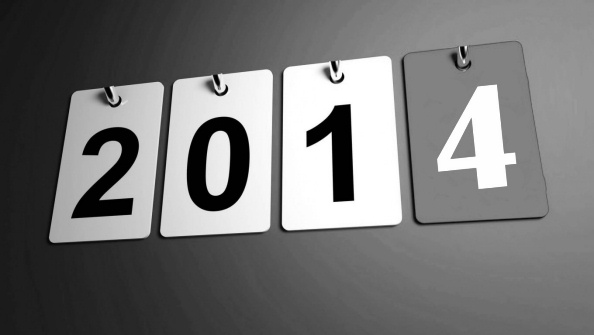 This year has seen an almost frenzied escalation of US intervention around the globe, ranging from the determined provocations and threats against Russia and backing a coup in Ukraine while quietly supporting Ukraine’s genocidal warfare in the east of the country, to supporting violent anti-government protesters seeking the overthrow of the elected government of revolutionary Venezuela, to the renewal of the US war in Iraq, starting a new war in Syria, and vowing to prolong and perpetuate the war in Afghanistan. Meanwhile, Libya continues to burn to the satisfaction of those who “saved” it from “tyranny”. When it seemed that the average American might be finally waking up to the consequences of the militarization of US foreign relations, this time on their very own streets in Ferguson (Missouri), that was quickly dispelled by the eagerness with which so many applauded phase III of the US war in Iraq. This is only summing up the political-military dimension of US imperialism, which might be seen as over-stretching itself except that it increasingly relies on “force multipliers” that help to smooth over the stretch marks. (Force Multipliers will also be the title of the upcoming, fifth volume in the New Imperialism series). Add to all of this the recent “opening” between the US and Cuba, and the Israeli slaughter of its colonial subjects in Gaza, and this proved to be a full bloody year.

1. “Voluntourism as Neoliberal Humanitarianism” — this pertains to a chapter written by Tristan Biehn, anthropology student at Concordia University, in volume 4 of the New Imperialism book series, Good Intentions. This was possibly the most successful chapter in terms of being downloaded over 4,000 times, making it well worth the while of publishing in (English-language) anthropology’s very first open access book publisher. Even senior academics have a hard time of getting a fraction of that number of readers.

2. “Sochi, Sexuality, and Empire” — on US and Western human rights imperialism toward Russia, was a bit of a hybrid article, partly my analysis and partly used as a means of highlighting the work of another Concordia anthropology student, Nicole Pas, who published in volume 3 of the New Imperialism book series, Emergency as Security, which was released just as 2014 began.

3. “Regime Change: 10 Things You Need to Know about Ukraine” — was written by Brendan Stone, one of ZA’s newest writers and a PhD student in York University’s Social and Political Thought program. Some people seemed to get angry about it, but no one stepped forward with anything like a well considered, substantiated rebuttal, and thus it still stands largely unchallenged.

4. “Militarization: It’s All the Same, Everywhere. Or Is It?” — this came closest to our older, blog-style type of entry that was common here before 2011, but it proved to be as usefully provocative as it was succinct. Hopefully, phony critiques of militarization will begin to take notice and check themselves, just as we successfully put the elite, Eurocentric, human rights imperialists at the American “Anthropological” Association on guard. A large part of the success in the circulation of this article came from numerous Eritrean readers, whose camaraderie remains to be adequately reciprocated.

5. “Anthropology: The Empire on which the Sun Never Sets” — this was a review essay, in three parts, publicly presented in pre-publication format with permission of the publisher, Anthropological Forum: A Journal of Social Anthropology and Comparative Sociology. Since publishing in traditional venues can proceed very slowly, there have been no responses yet to this article, even though it has been downloaded and viewed by over three thousand readers.

You will see us back in 2015 with more articles soon, some long, some short, some on Volume 5 of the New Imperialism book series, and some that cannot be predicted. Thanks to our readers for their growing interest in the deeply engaging confrontation with empire, and thanks to our current contributors: Donnchadh Mac an Ghoill, in Ireland; Brendan Stone, Canada; Eva Bartlett (Canada/Gaza/Syria), who joined us more recently; and of course M. Jamil Hanifi in the entrails of the monster.