Easily lending themselves to multiple forms of misunderstanding, the Pentagon nevertheless regularly produces images of military personnel dressed as Santa Claus. This too is a pattern, minor in terms of the number of such photographs, but still a recurring feature. The images in this third and final photo essay of this series, come out of a larger study I began early in 2014, on Pentagon photography, which first appeared in print and online in chapter 9 of Good Intentions. That in turn is part of a broader ongoing study of imperial symbolism.

While some of these images might seem a bit comical, that is not an unintended effect, I think. There are serious motives behind these light-hearted photographs. The function of the photographs is primarily domestic–aimed at prospective recruits–and internal, in terms of maintaining positive morale within the military.

These are examples of what the US Army, in its field manual on Visual Information Operations, terms “Military Life Imagery” (US Army, 2009, pp. 2-5—2-8). These are intended to be a selective portrait of “military life,” narrowed down to examples “such as Soldiers at work, physical training, new equipment usage, and enjoyment of life as a military family”. Enjoying life as a military family means enjoying Christmas together, hence Santa is present as a reminder of the season. (Rarely, such images may be examples of “Civil Military Involvement Imagery,” where a Santa-clad soldier distributes gifts to local children outside of the US.) They intend to produce a sense of cheer and levity. Joining the Army doesn’t mean losing out on Christmas. Santa has your back and has you covered on that front. Being in the Army will mean having a bit of home with you.

The function as intended may be for domestic recruitment purposes and internal morale boosting, but I would argue that there is another, broader, unspoken purpose, or perhaps more than one. One broader purpose, rooted in the official one above, is to stabilize and pacify emotions around the military and war. To do so, one has to create an unreality, a virtual utopia of merry soldiers dressed as Santas and elves. This is a very “American” principle, evidenced in many Hollywood movies that will, for example, show adults at NASA goofing off, rolling their eyes, acting like big children or cartoon characters, with a limitless supply of snark and appropriated black talk, “oops, my bad,” “oh hell no”. There is endless chatter and chattiness, cherished principles of “American” distraction and escapism: keep up the noise, lest a dreaded fog of silence creeps in and then you are forced to confront yourself, to realize what is really inside you, or to face the danger of realizing there is nothing inside you. Thus the Santa photos are a way to pretend to look human in contexts of massively practiced inhumanity against others. 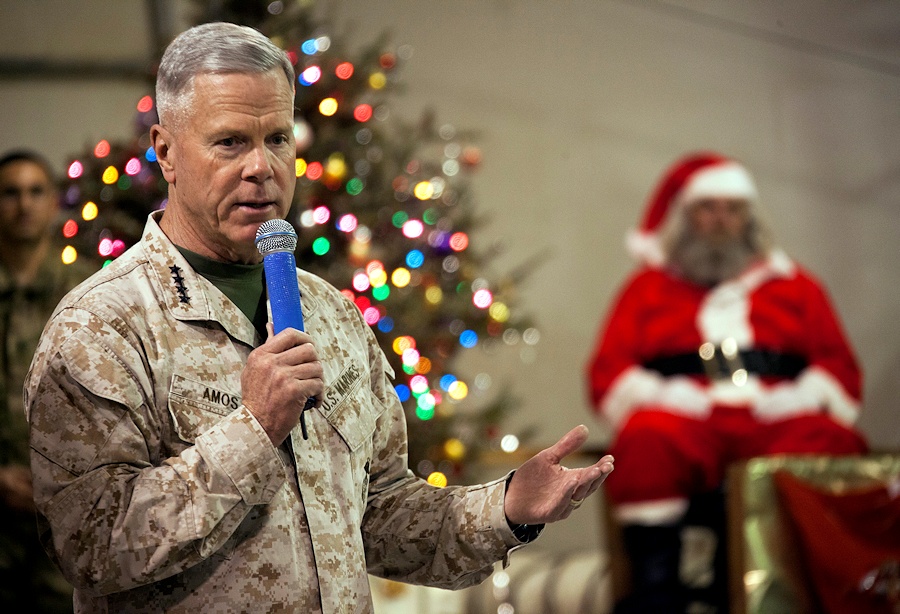 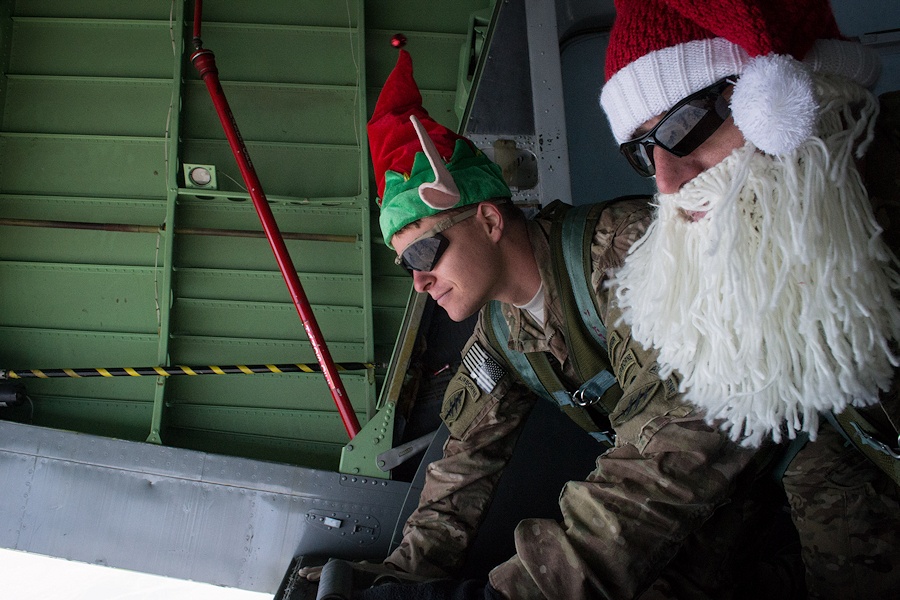 U.S. Soldiers assigned to Combined Joint Special Operations Task Force-Afghanistan look out over the Afghan countryside from the rear of an aircraft Dec. 24, 2013, after dropping bundles containing care packages, Christmas stockings and mail to Soldiers stationed at a remote base in eastern Afghanistan. (DoD photo by Capt. Thomas Cieslak, U.S. Army/Released) 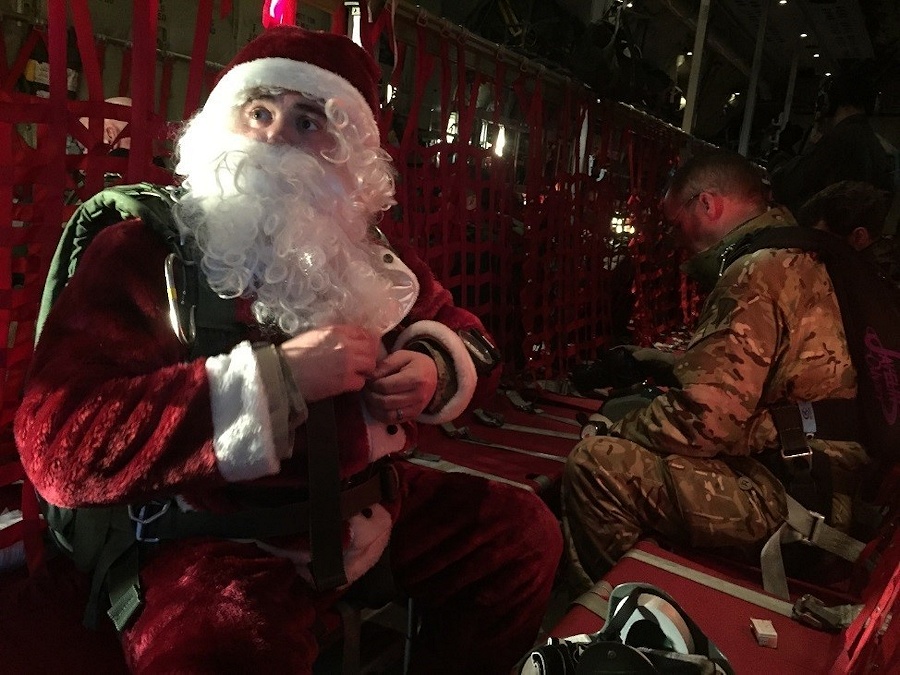 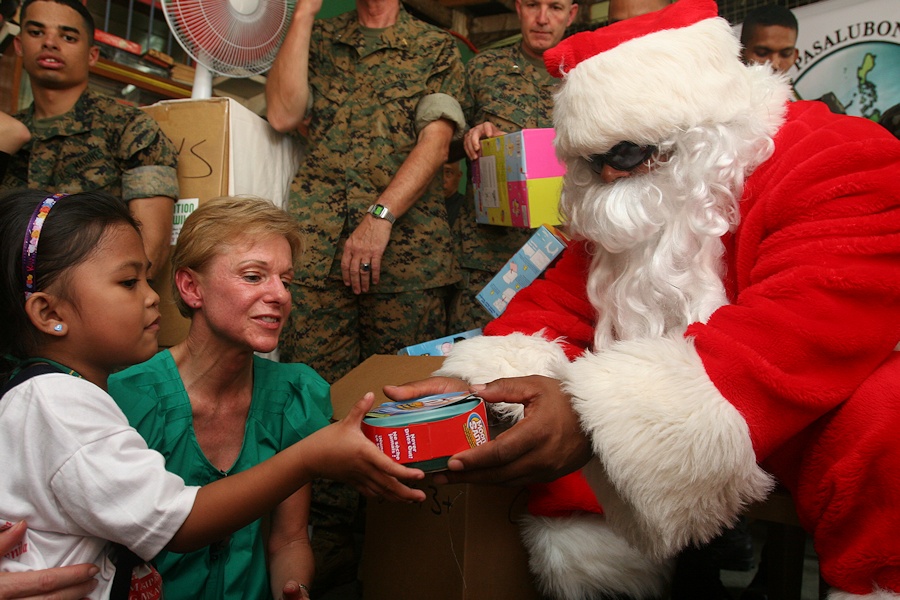 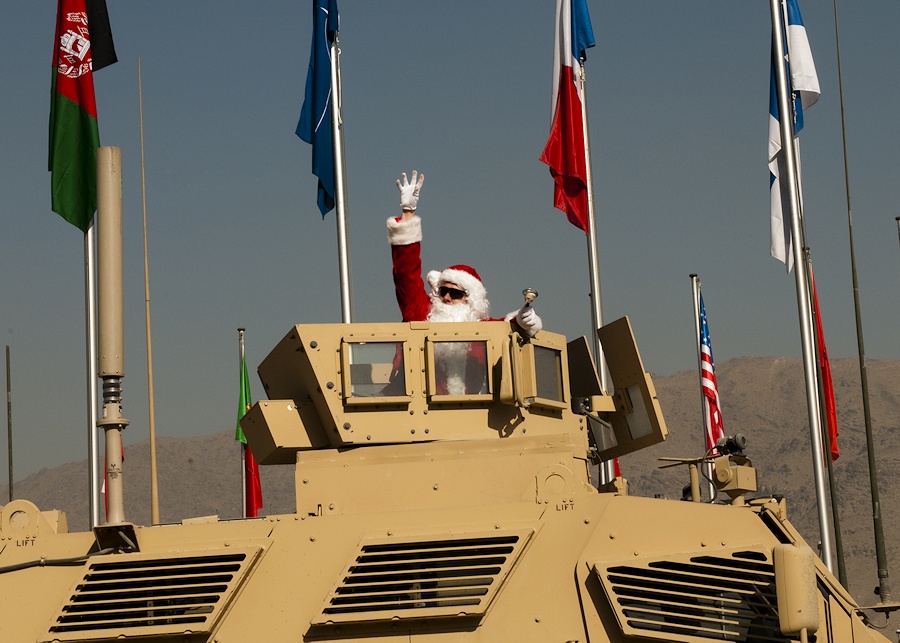