“A man…lives not only in the spot which he personally occupies, but in every spot to which he may extend his action, or to which he may conceive it possible that his action should be extended. And so, wherever over the world British influence penetrates, or can conceive itself penetrating, there, and not in the mere islands where we have our footing, Great Britain lives”. (David Masson quoted in Goodlad, 2009, p. 441)

This is 2001. As on any other weeknight, there was the familiar ringing of the dinner bell. Standing in the Senior Common Room, under a four-foot tall portrait of Queen Elizabeth II, and a flag of Australia so large that the “Union Jack” portion stood out immensely, I had sherry with the Master before dinner. We would enter the dining hall, in a procession led by the Master, and would seat ourselves at the High Table (on a stage, above all others). We were all dressed in black robes. A Latin invocation was always recited by one of the leading students at a lower table. The hall was ringed by portraits of elderly men with mutton chops and ladies with fine spectacles and white gloves. After dinner, we had a glass of port, again with the Master and the Dean of this residential college in Adelaide. On one night, a student sang “I am the Very Model of a Modern Major-General,” from the Victorian opera of Gilbert and Sullivan, The Pirates of Penzance. However, if a student had been late to dinner, then the after dinner entertainment was the student getting a “ponding”: a bell would be rung, increasingly rapidly, and then the student would be flung by his peers—robe and all—into the pond, usually with much laughter. The students were from wealthy families, some connected to the political elite of the country. The main building was named after the family of the then Foreign Minister. With that as my experience, and not even distant but recent, an essay such as this was inevitably going to come some day.

Not Great Britain, but really a Greater Britain is what was envisioned in the opening quote. The existence of a Greater Britain makes sense when we see how often the British and their offspring settler states, Australia, New Zealand, Canada, and the US, work in concert and share many of the same ideological principles. That is not just an accidental correspondence. Instead, it is the basic historical link that makes it possible and logical to draw comparisons.

The symbol of Queen Victoria, more than that of any other British monarch, still casts a long shadow over the United Kingdom and Commonwealth nations and, as I will argue, even the US. Leaving aside Britain itself, in Canada Victoria Day is still celebrated as a national holiday (the only holiday in honour of a monarch), every city seems to have a Victoria Square, a street named after Victoria, and perhaps a statue of Victoria. There is a long list of Queen Victoria statues around the world, which includes Montreal where I work. In Australia, an entire state is named after her, and in Canada the capital of British Columbia is also named Victoria—people resident in such locations are thus at least nominal “Victorians”. In Trinidad & Tobago, I once passed through Victoria County. Universities are named after her, whether Victoria University (Australia), Victoria University of Wellington (New Zealand), the University of Victoria (Canada), or in other cases where her name is implied as in Queen’s University. In the English-speaking world, most of us will have read or heard something about “the Victorian Era,” whose duration was, at a minimum, the same as her reign (1837-1901), though in actuality historians disagree on the real time span of “Victorianism” and how to define it, or whether there ever was a Victorian period (Hewitt, 2006, p. 434). There is always difficulty in defining chronological limits: as Hewitt (2006, p. 395) argues, “all historical periods have only partial validity”—but while “historical boundaries are permeable” they are also methodologically necessary. At the very least, “Victorianism” can be a useful heuristic device for thinking about the culture of empire in the Anglo-American worlds in the North Atlantic and the South Pacific.

A minimalist argument for the existence of Victorianism is rooted in observing the extent to which the political geography of the British colonial world was renamed after Queen Victoria, making it appear that her reign serves as a major if not canonical reference point in the Anglophone world. A more maximal argument sees that there is a concentration of key social, economic, and political changes “around the margins of Victoria’s reign” and that it would thus seem “counterintuitive not to think of the Victorian as a period, whether conceived of as lodged between the profound transformations of the Romantic era and the emergence of Modernism, or situated between a long eighteenth century and the twentieth-century world” (Hewitt, 2006, p. 396). What thinking in terms of a “Victorian period” does not have to assume is that there was a special significance about the reign of Victoria herself; that the period’s beginning and end must have abrupt and clear demarcations; or, that any changes that took place during the period should be ignored. Perhaps above all, the value lies in seeing the timeframe as possessing a series of unique and widely applicable characteristics “usually defined in terms of ‘zeitgeist,’ ‘temper,’ or ‘spirit of the age’” (Hewitt, 2006, p. 396). In this vein, Hewitt argues that there was a “Victorian pattern”: “a set of configurations that include institutional forms, legal frameworks, conceptual understandings and rhetorics, regimes of knowledge, technological capacities, and characteristic cultural forms and processes” (2006, p. 397). In terms of the industrial revolution, and its social revolution (class society, rise of the bourgeoisie), plus the bureaucratization of the state and myriad other developments, Hewitt argues that the idea of a “Victorian period” still makes sense, and I agree.

We should also remember how it was during the Victorian period—for the most part not thanks to Queen Victoria herself, to be clear—that many of the foundations were laid for our current thinking and our current debates. For example, some of the period’s key intellectual developments include:

Did Victorianism end with Victoria’s passing? Is there a New Victorianism, and if so, what does it encompass? If there is a New Victorianism, what are the basic structural and cultural similarities between the old and New Victorianism, and what do the commonalities tell us? What does this mean for how we understand history? As the reader will see, beyond the interests of antiquarians and Anglophiles the answers to these questions can be of much wider importance to understanding the present, and where we might be headed next.

First, (old) “Victorianism” needs to be summarized to get some definitional grasp of it. As a precursor of what we now call “globalization,” Victorianism is seen by some as marking the triumph over distance: “Victorianism remains associated with industrialism, urbanization, transport, technologies, travel, and communication”. Salient features of Victorian society are poverty, drunkenness, pornography, prostitution, increased confrontation with the reality of homosexuality, and growing religious pluralism. Occurring during the industrial revolution, Victorianism is inevitably associated with technological innovation; with the advent of electricity, the telegraph, the telephone, radio, photography and the beginnings of film, the foundations were laid in the Victorian era for the key information and communication technologies of today.

There was a Victorian “globalism” given how “the Victorians celebrated the telegraph for its capacity to make their world smaller and more immediately manageable” (the telegraph serving as the “Victorian Internet” in the words of a recent writer). Victorians were fascinated with the new technology and how it transformed their conceptions of time and space. Routinely it was asserted that the telegraph had “annihilated time and space” with similar remarks made about railways. These technologies were heralded as an instrument for the “spread of Victorian values” that would revolutionize the “‘moral and intellectual nature and action of mankind’” (Morus, 2000, p. 456). Instituting the Greenwich time signal (GMT), transmitted via telegraph, was something designed to achieve the global standardization of time (Morus, 2000, p. 457).

Victorianism also marked the maximum expansion of British imperialism, and the rise of financialization. Liberal humanitarian intervention was first developed in Victorian Britain and exported to its colonies. At home, in terms of social mores, Victorianism is also typically identified as the classic case of a moralizing, prudish, and repressed society (again, some scholars reject this usage of “Victorianism”). What does this have to do with us?

The New Victorian Era and Neoliberalism in North America 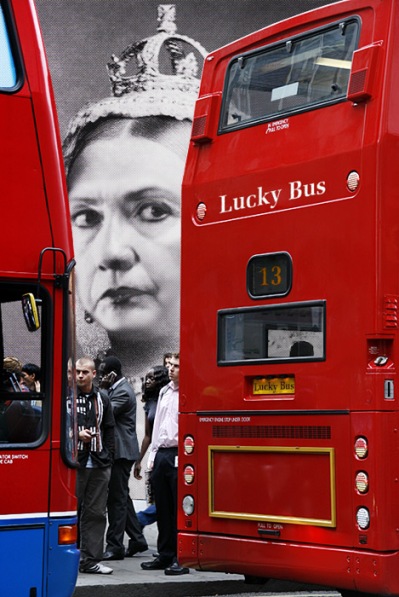 ” asked Michael Barone in an essay in The Washington Examiner in 2015. Barone wrote in response: “Today several widely unanticipated trends — certainly unanticipated by me — suggest that America is in some significant respects entering a new Victorian Era”. While it may be important to note that there is a tinge of partisanship in the fact that it is mostly conservative US publications which are the ones to highlight the emergence of the “New Victorianism,” it may not be the most significant observation, nor is the focus of their critique necessarily partisan. However, unlike Canada, the US is home to a long-standing conservative, republican tradition of criticism of liberal imperialism, and it is therefore not surprising that with a liberal imperialist order currently possessing power, that critiques should once again emerge from this quarter. For me, their ideas are useful and productive, because they point to certain historical parallels between two closely related empires—closely related in cultural and demographic terms, and closely related in terms of temporal overlap and shared interests between dominant elites. How two distinct empires, separated in time and space, can share common elements in their individual declines may be important, but it could also be coincidence. Not all empires decline the same way, though some see certain broad trends that recur, as in the award-winning documentary The Four Horsemen (Renegade Inc., 2013), where it is argued, following Sir John Glubb’s The Fate of Empires (1976), that there are similarities in the “life-cycles of empires,” with empires on average lasting approximately 250 years. There are similarities also in the decadent, terminal phase of an empire, with key recurring features including,

There may be broad similarities. However, when you look more closely, differences stand out: “obsession with sex” in one instance may mean moral laxity and growing promiscuity (by the challenged standards of a time), but in another the sexual obsession is the reverse, involving excessive regulation.

One argument I think we can make is that when two culturally similar and temporally proximate empires decline, they decline in a roughly similar cultural fashion. I would suggest seeing both the British and US empires as two basically Anglo-Saxon entities, with shared moral codes, shared ideologies, shared language and a shared literature, mutual training of elites, shared population, and so forth. More than that, both experienced similar cultural and ideological trends, in a period of growing global competition and increased overextension, with social strife at home. Just as the Victorian period preceded the withdrawal of the UK from its colonial empire, I am suggesting that the New Victorianism in the US may be one of the signs of the impending withdrawal of the US from its neocolonial empire—in other words, we may be nearing the end of the “New Imperialism”.

8 thoughts on “The New Victorianism”