▲▼▲▼▲▼▲
Difference needs to be taken seriously. Difference is not necessarily pretty, quaint, picturesque, or amenable to calm and polite dialogue. Attempts to placate and obviate difference by arguing that it is an illusion masking an underlying universal sameness, is only further proof of how little difference is appreciated, and how far we have yet to go.
▼▲▼▲▼▲▼

A few words about this site

When this site first took shape it was written as part of an ongoing critique of institutional and disciplinary anthropology, insofar as it has or may continue to support, justify, participate in, or abide by imperial projects. The central interests have been ongoing colonialism, recolonization, anti-imperialism, indigenous rights, Caribbean culture, Afghanistan, the Middle East, and discourses of liberation and social transformation. Tied up with those is an interest in “public anthropology,” and “radical anthropology.” The theme is usually a fairly consistent one. We write against the conservative “professionalization” of ideas, the way that knowledge is compartmentalized and “disciplined,” and the way that print and other media capitalists have monopolized knowledge dissemination in the most anti-democratic fashion. The larger concern is with a global system of inequality, the diffusion of social injustices, permanent war and imperial domination, and cultural colonization that work together to maintain an unsustainable system of mass consumption and an anti-democratic system of corporate domination.

This site makes no special effort to answer to a community of professional anthropologists who take their discipline for granted, or who use the Internet to promote it uncritically, nor does it make a special effort of cementing links with the online “community” of “blogging anthropologists.” In this and other senses, this is not an academic and anthropology “blog” like others — it is a way of networking, communicating, and getting involved in much larger discussions with select groups and persons, beyond the halls of academia, and a way of quickly putting out writing that is not reflected by the mainstream.

My name is Maximilian C. Forte. I started this site in early October of 2007. I entertained no real ambitions for this site, it was and for me sometimes still is just a “place” where I can write more or less freely what I have not written elsewhere. It was also a way for me to practice some fictional writing about ethnographic fictions. For me this site, when it was first a mere blog, was part scrap book, sketch pad, picture book, music and video log, ethnographic notes, short stories, newspaper clippings, notes from readings, essays, and even a polemical “weapon” when necessary. I do not write with any audience in mind. My writing here was not meant as an extension of more of the usual kind of academic work and was not intended as an instrument for personal, professional self-advancement.

I call myself an anthropologist, in large part because that is how I am formally employed. Anthropology, for me, is a way of speaking about the human condition that looks critically at dominant discourses, with a keen emphasis on meanings and relationships, producing a non-state, non-market, non-archival knowledge. I would like to think that my work here is about undoing and unthinking received “wisdom.”

For many years my favourite authors have been Ashis Nandy, for cultural criticism of colonialism; George Orwell, as a political novelist and essayist; Ward Churchill on decolonized indigeneity; Pierre Bourdieu for his many contributions on capital, distinction, hegemony and orthodoxy; Immanuel Wallerstein for his critical analyses of the capitalist world-system and the structuring of the social sciences; and, Roi Kwabena as a contemporary, friend, and example of the work of the anthropologist as a public intellectual without a base in the academy.

At present I am a professor in anthropology, in Montreal, Quebec, Canada.

I am Donnchadh Mac an Ghoill and I live in Dublin where along with a group of comrades we established the Sóivéid James Connolly, which among other things runs Irish classes, bagpipe classes, a weekly comedy club, home brewing and a community garden, as well as the website Soviet.ie. I have a degree in Early and Modern Irish from Trinity College Dublin. I have written three plays in Irish, one of which has won an award. Along with others, I have been part of setting up the Pairtí Cummanach na Poblachta (Communist Party of the Irish Republic) which refers to the all-Ireland Republic declared in 1916.

I am M. Jamil Hanifi and I am currently employed as an independent scholar. My long standing research interests have focused on the anthropology and history of Afghanistan. I was born in Afghanistan, in Sorkhab, Logar Province. I obtained my Ph.D in Anthropology from Southern Illinois University-Carbondale, in 1969. I earned my M.A. in Political Science, from Michigan State University, in 1962. I graduated with a B.Sc. in Social Science, from Michigan State University, in 1960. I am fluent in Farsi/Dari, and Paxtu. I also have reading ability in Arabic, Russian, Tajiki (in Cyrillic), and Urdu. At present I am an adjunct researcher in the Department of Anthropology, Michigan State University and I teach at Lansing Community College. I was formerly a Professor in the Department of Anthropology at Northern Illinois University, from 1969 to 1982. My research has been partially supported by the United States National Academy of Sciences, the National Endowment for the Humanities, and the American Institute for Afghanistan Studies, in the period from 1982 to 2006. I am the author of the Historical and Cultural Dictionary of Afghanistan (1976) and numerous articles in journals and encyclopedias. You can read more about me here and here. I joined ZA in July of 2009.

I am Eliza Jane Darling, an American teaching in Britain. My writing is inspired by a Very Famous Marxist (VFM) who once said to a seminar full of students labouring through a close reading of Capital: I won’t dumb it down for you.

I was born into that benighted category of citizenry known as “rednecks,” a term Americans use to avoid talking about class by refracting it through the prismatic geography of white rural poverty. Part and parcel of the redneck package is a habitual intellectual insecurity: hicks, by definition, aren’t the sharpest tools in the shed, and are reminded so by their betters at frequent intervals. I felt dumb through much of university and VFM’s pronouncement confirmed my suspicion, as whatever we were talking about in class that day just wasn’t sinking in.

Having had a few years to chew it over, I’m not sure VFM meant to call us dumb. In my more generous moments, I think what he meant was: I’m not going to squeeze this stuff into the comfortable but mystifying taxonomy of liberalism, which is fair enough. In my less generous moments, I think he was saying: I can’t be arsed to teach you this, which is just plain lazy. Either way the “dumb” bit has long stuck in my craw as it jibes with one of the things I like least about my adopted home of academia: the ironic condescension of an intellectual radicalism which professes inclusivity but practises marginalisation, especially through language.

There are a lot of reasons for this practise but one of them is fear. Academics live in perverse terror of making a mistake – of getting it wrong, of looking dumb – especially in public, where other academics lie in wait, ready to pounce on the slightest flub (British academics in particular have turned this into a national sport, which is why I avoid departmental seminars like the plague). The result is a self-reproducing synthesis of timidity and conceit that adds up to an academic lingua franca ranging from the staggeringly turgid to the incomprehensibly abstruse. This stuff is every bit as boring to write as it is to read. After nineteen years in this business, I’ve grown weary of writing fearfully; it’s too much work for what amounts to a humourless job. It’d be vastly self-aggrandizing (and wildly inaccurate) to say that I write “fearlessly” – but my aim is to write in such a way that I’m not too afraid to be wrong. 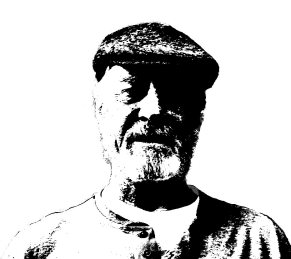 My name is John Allison and I am an itinerant anthropologist who washed up on the Northwest Coast of North America during a heavy storm in late February, 2010. My special skills are anthropological linguistics, oral traditions, visual anthropology and ethnology/ethnography.

My fieldwork has concentrated on South Asia, especially around the Hindu Kush and Himalayan mountains; in the European Jewish neo-crusades colony in Arabia that is called “Israel”; and indigenous peoples of North America, from Mexico to Alaska, especially the Klamath, Modoc and Yahooskin of southeast Oregon and northeast California.

I am a cognitive ethnographer and a cultural relativist. This leads to problems in answering this question of identity, because identity is embedded in the perception of reality in a particular genuine culture (which contrasts with “spurious culture”, according to Sapir’s and my way of thinking).

I see the Military-Financial Complex (MFC, the current incarnation of Ike’s Military-Industrial Complex, MIC) as analogous to the Black Hole phenomenon in astro-physics. The MFC is sucking in all the human societies on the earth still maintaining local solidarity through genuine cultures. MFC strips them of identity and culture to embed them as human resources in the Global shelves of the Human Capital Supermarket; overseen by the latest incarnation of the Holy Roman Empire, now with the label, “NATO”.

I do NOT have a Ph.D. As one Klamath Indian, who we called “headband” because of his posturing as a cigar store Indian, said, “Would you trust an ‘almost doctor’ if you were sick?” The explanation for the blessing that kept me from that Ph.D. branding iron is explained to some extent in my Bushkazi piece.

I am John Stanton and I provided commentary on national security issues and political analysis for CBS Evening News, ABC, CNN, and Investor’s Business Daily immediately following the insurgent attacks in New York City and Arlington, Virginia on 11 September 2001. Over the years I have provided national security and political commentary for The Washington Post’s Foreign Policy Magazine, The National (Abu Dhabi), The New Statesman (Ghana), Stars & Stripes, The Toronto Star, KCMO Radio Kansas City, America’s Talk Radio‐‐NYC, Radio 101‐‐Croatia, KPFA (Pacifica), NPR, Science Daily, WBAL (Baltimore), Academy Award Nominated James Longley (documentary film maker), Assafir (Lebanon), and other media outlets. All of my reports on the U.S. Army’s Human Terrain System have been published on this site since the summer of 2008, and at cryptome.org. I formally joined as one of this site’s authors in April of 2010.

51 thoughts on “THE WRITERS”