This blog, and this page in particular, are dedicated to the memory and consciousness of Dr. Roi Kwabena.

I was a student for three years at UWI-St. Augustine, and my seven years of living in Trinidad are the source of my greatest intellectual debt and inspiration, far outweighing any one of my degrees, though my undergraduate background in Caribbean studies at York University in Toronto was certainly a major bedrock for what would become of me afterward.

Originally, the subheading for this blog was “a project for new world knowledge.” Some might be surprised to learn that the concept of New•World•Knowledge, as I use it, is of Caribbean origin. Part of this phrase, New World, is meant as a tribute and direct reference to what was called the New World Movement, or the New World studies group, that originated among Caribbean scholars and public intellectuals in the late 1960s, part of that region’s experience of what Immanuel Wallerstein has called the World Revolution of 1968. Many figures, locally prominent and some internationally famous as well had roots in this movement, or were associated with it, including: Norman Girvan, George Beckford, Clive Thomas, Walter Rodney, Orlando Patterson, Trevor Munroe, Lloyd Best, Edward Kamau Brathwaite, Richard Bernal, and many others.

The 1960s were momentous times of lasting importance for the Caribbean and the wider colonial world. Added to the independence movement of the 1960s throughout the Anglophone Caribbean, what was then a still recent Cuban Revolution, the rising to prominence of Rastafari and Reggae, and various open lectures in the region by C.L.R. James, and Dr. Eric Williams’ speeches to public audiences in Port of Spain at what was dubbed the “University of Woodford Square”, where he spoke both as a historian of repute and as an independence leader. Lloyd Best, Trinidadian, recently passed away and his work especially as published in the T&T Review, and the work of the associated Trinidad and Tobago Institute of the West Indies and the Tapia House Group, also had a strong formative impact on my own thinking. Between Tapia, based in Tunapuna, and C.L.R. James who was born in Tunapuna, they managed to turn this otherwise marginal and rundown “town” in Trinidad of world importance, and coincidentally I lived there for one rather trying year as a student (memories of hunger, heat, blackouts, rats, and huge toads).

The multiple currents of the New World Movement defy an easy summary, but I will try nonetheless. These currents included political economic analyses of the legacies of slavery and plantation society that paralleled the development of Latin American Dependency Theory. The foci were on greater economic, political, but also cultural autonomy; a quest to build the bases for a new Caribbean autochthony; a search for a new indigeneity; regional integration and collaboration between Island territories; a focus on local industry, self-reliance, and pride in local traditions, local foods; a sharp stance against transnational corporations and American cultural imperialism; a critique of monoculture and import dependency; calls for a new politics focusing on real and popular democracy rather than ossified forms of Westminster parliamentary democracy that allowed for bureaucratic and populist authoritarianism; a revalorization of local language and arts; the construction of a Caribbean philosophy and an investigation of the existence of a Caribbean civilization–all momentous, magnificent, and without rival since.

These were both popular and academic currents, where scholars communicated with broad publics, narrow audiences, and among themselves. The university was no longer an Ivory Tower but a hotbed for social transformation, sometimes to the great ire of national political leaders (Walter Rodney banned from Jamaica, and C.L.R. James ostracized by Eric Williams).

So when I say NEW WORLD knowledge, I am attempting to draw on this background, with the hope and aim of amplifying it, perpetuating it, and adapting it to a decolonized anthropology. While I speak of a legacy, and personal experience in a region that I still think is a crucible of great import, I have also had the honour and privilege of inspiring contemporaries who lived and practiced the bridge between the New World Movement and the next emphasis:

New WORLD KNOWLEDGE. By “world knowledge” I mean something that deliberately sounds like what anthropology has sought to be, but is more open than institutionalized and professionalized anthropology. I mean global knowledge that draws on all ways of knowing and expressing, one that refutes disciplinary boundaries, the divide between natural science and the humanities, between academy and society. I will also be drawing upon and integrating various existing currents: public anthropology, native anthropology, world anthropology, anarchist anthropology, and as much as possible from activist and interdisciplinary currents.

Nor do I think this is an unattainable goal, and this is where I come back to inspiring contemporaries. 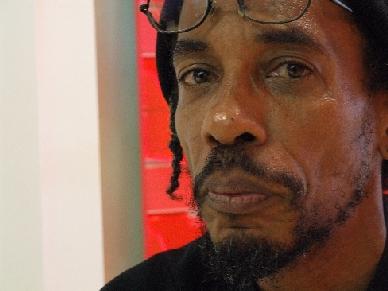 I will not cease to sing the praises, for as long as I live, to my collaborator, mentor, and spiritual brother, the late Dr. Roi Guanapo Ankhkara Kwabena, a Trinidadian, former Senator in Trinidad and Tobago, resident in the UK as a committed public intellectual. Roi Kwabena died on 09 January 2009, and was to review the emergence of this blog but at a time when his lung cancer was already well advanced, unknown to me. Roi was a classic Caribbean renaissance man: poet, musician, philosopher, historian…seer. In 2001-2002, he was the Poet Laureate for Birmingham, England, where he resided after leaving Trinidad. He was a Diaspora man, and a Roots man. He was trained as an anthropologist, but never wore that on his sleeve. In 2007, the International Slavery Museum in Liverpool named Roi one of history’s greatest Black Achievers–see the stories in The Independent (UK) and The Trinidad Guardian. Roi was also a determined user of the Internet, with multiple sites still on the Internet, and a prolific publisher whose many works are available as print-on-demand. A list of his sites can be found here. In addition, he has a MySpace page, where one can begin to glimpse the many lives that he deeply touched. Just as a sample, I am attaching one of his music files, Deep Obeah, from his overwhelming CD album, Y42K. The song/poem was made available online and expresses some of the main currents of his thought and art. See the “shared documents” box in the sidebar of this blog for that mp3 file. Roi stands for me as a vision of what a future anthropology could and should look like, I am making that very clear. I told Roi how much of an inspiration he was for me, and modest and generous as he was he claimed that I was his inspiration. My speaking of Roi on this blog has long been overdue, and now it will mark an important turning point as well.

Roi, you are still manifesting and distributing spirit blows.